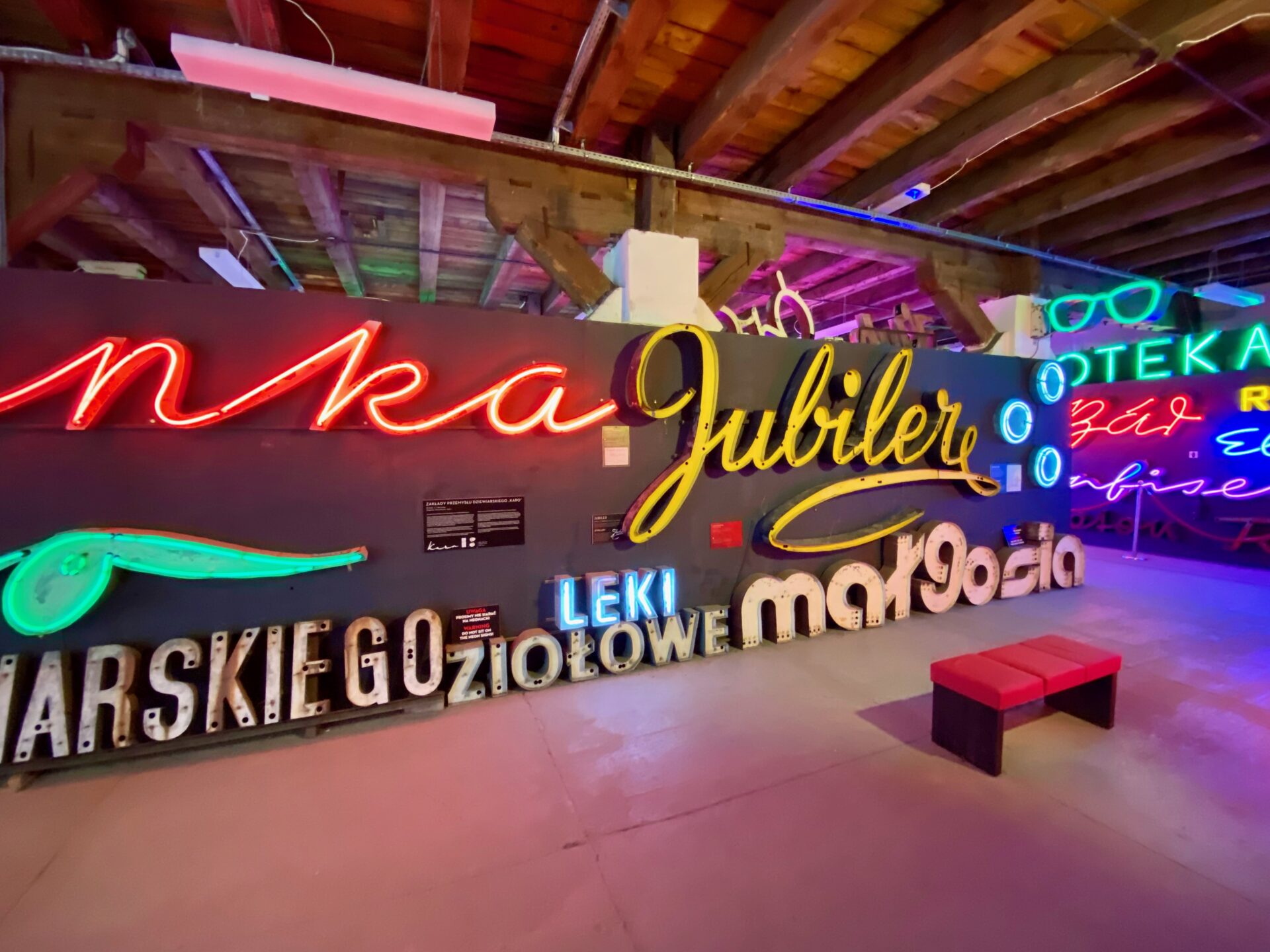 One of the things I like about Warsaw are its nostalgic neons. They date back further than one might expect.

Neon arrived in Warsaw in 1926, depicting a bottle – the “Philips sign”. More signs followed – on bars, cafes, nightclubs and glamorous venues. Soon, they became more sophisticated: an illuminated bottle of cognac pouring resplendent light into a glass; a vast arrow coming from the depths of the sky, pointing to a cinema. Warsaw was the “Paris of the East”.

Nazi occupation and the Second World War brought devastation on an enormous scale, and few neons made it through the war. One of the survivors is the neon sign of the cinema “Femina”, not far from where I am staying, and which I intend to visit soon.

After Stalin’s death in 1953, the Khrushchev “Thaw” allowed for an explosion of creative expression in Poland. The new Polish authorities were confronted with burgeoning demands of consumerism and the desire to be seen as the modern country Poland had been in the inter-war period.

Art was chosen to be the new medium, bringing back some glamour to the urban landscape. Polish delegates were inspired by the exciting nightlife of western cities such as Paris, Hamburg, or London. Neon was not meant to be a means of capitalist advertising, which would have contradicted socialism, but as a carefully designed decorative element, in harmony with the architectural design of the building, a landmark, public information, or semaphore. 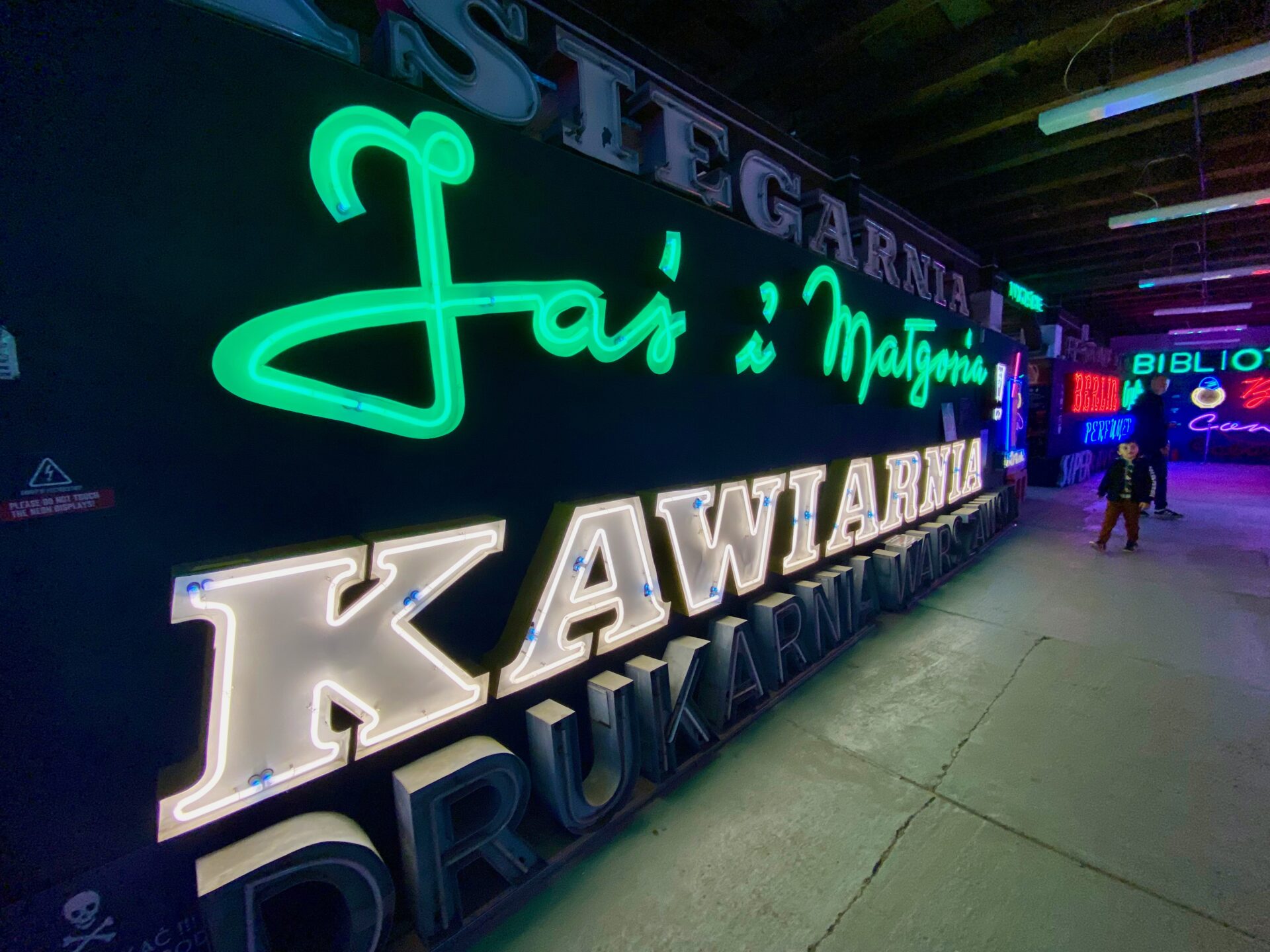 The best visual artists were employed to design neons for entire buildings or streets. They created experimental, but exquisitely attractive signs, some of which have become iconic, such as the “Atlantic Cinema”: sparkling waves behind the letter A, which had been designed to look like a sailboat. Others featured elephants, bicycles, mermaids, cats or bears.

New rules created in the 1960s allowed neon only on the main arteries of the biggest Polish cities. It was also agreed that white and pastel shades should be used. The installation of large neons on the frontages of small shops was discouraged and it was suggested that small forms of neons should be placed in shop interiors instead.

The company PUR Reklama became the main neon manufacturer. However, increased bureaucracy made it difficult to implement new designs, and the company was eventually liquidated.

The technical qualities of Polish neons left to be desired. Sometimes, elements would fall from a building’s façade. The neon installed at the Warsaw train station was lacking one letter and said „Warszawa G…ówna“; it became a vulgar, ironic joke.

The 1970s saw a neon revival. The new signs were larger in scale and appeared predominantly as block letter forms. No more squiggly ornaments as in the 1950s.

Finally, the 1980s brought an end to the neon era. The economic crisis of the late 70s, followed by martial law, caused the disappearance of the Cold War neon signs from the streets. They became financially inviable and obsolete, and due to a lack of money for repairs they often appeared incomplete.

Today, we are seeing a neon renaissance. Old signs are being rescued, or renovated, new ones are created. Many, though not all, are of aesthetic quality. Warsaw is becoming glamorous again. 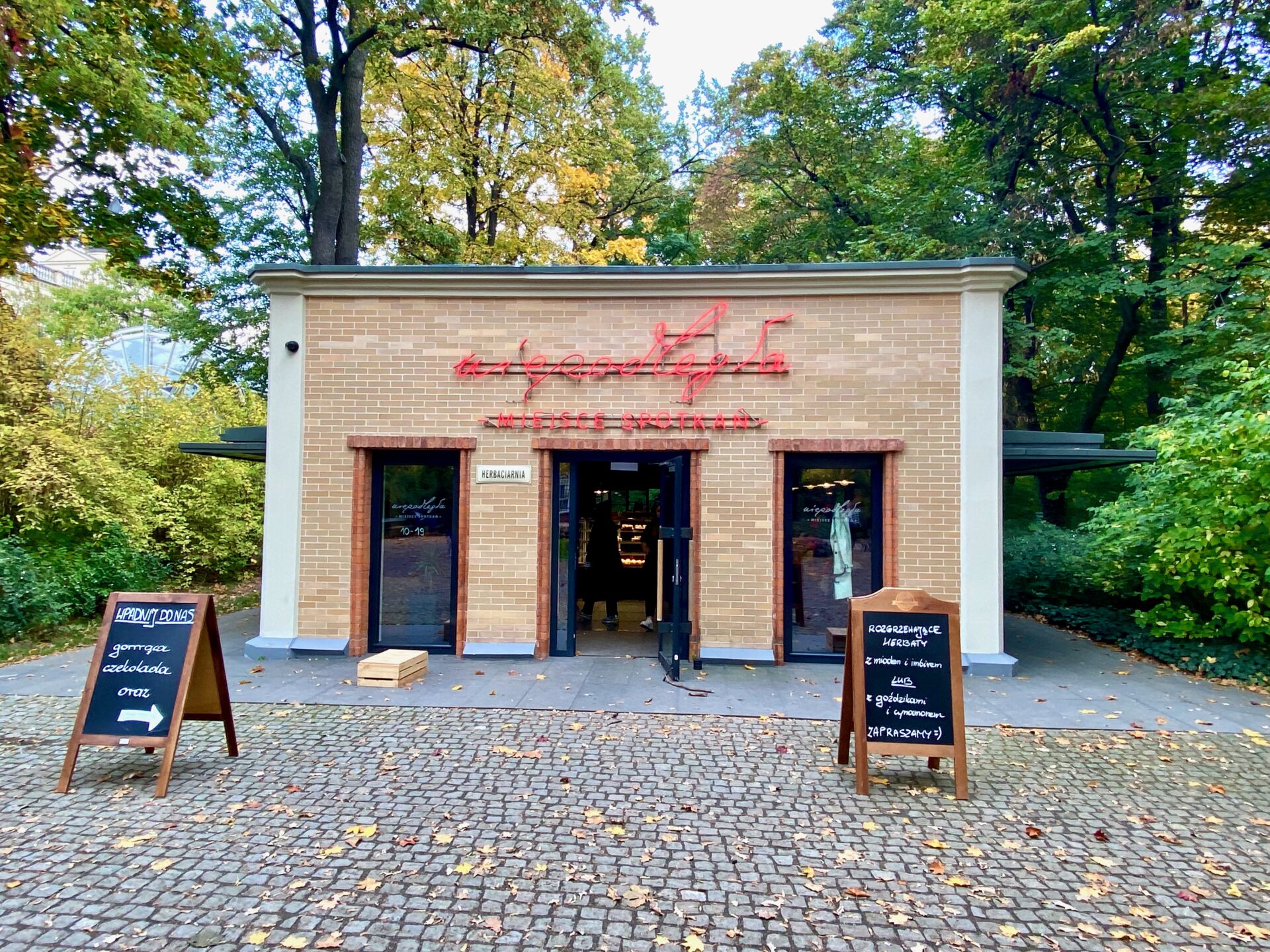