A Day in Poland’s Holiest City

On a warm Saturday in the golden Polish autumn I take the morning train to Częstochowa, Poland’s holiest city. 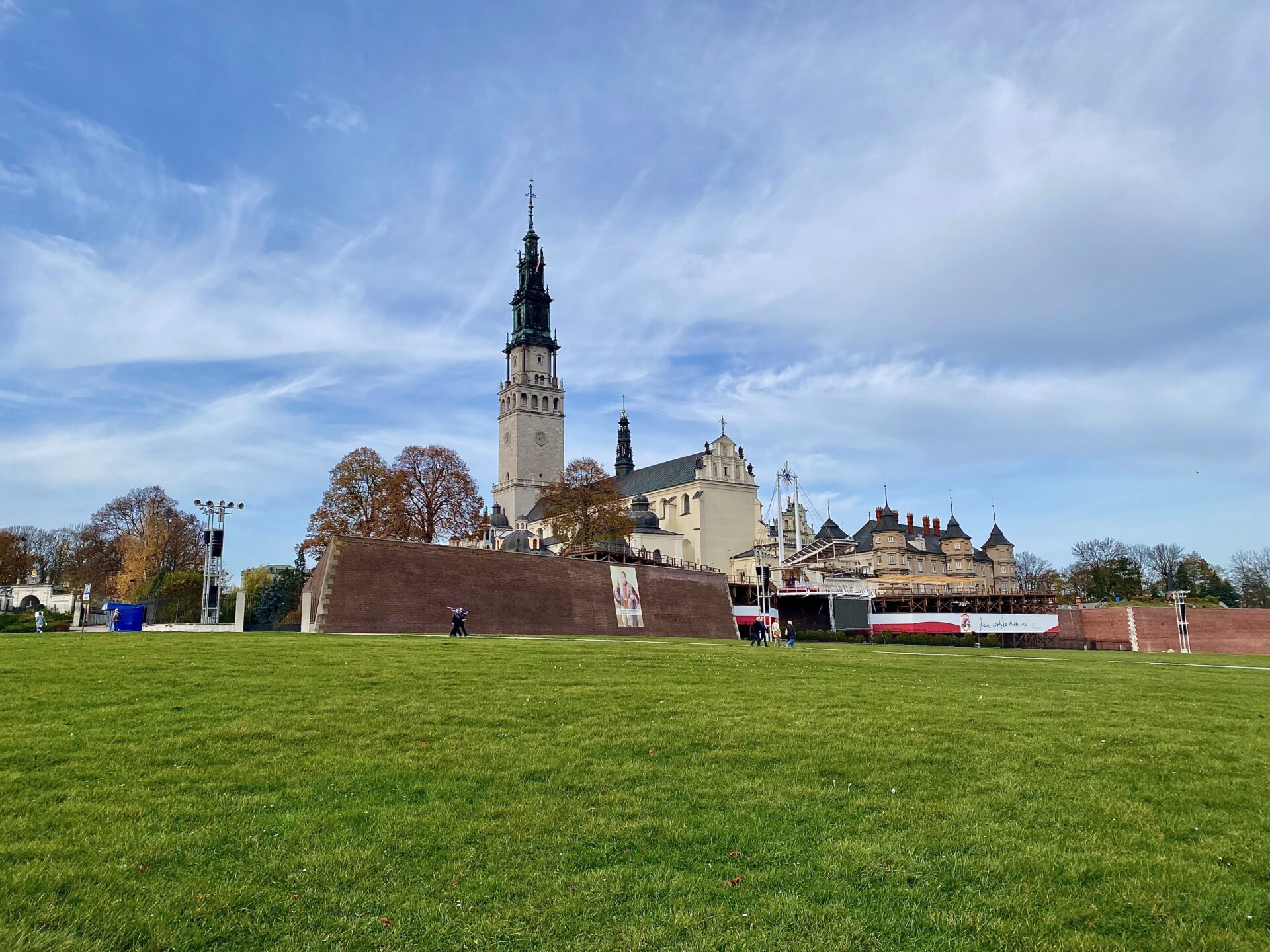 For Poles, Częstochowa is of outstanding religious and historic importance. Millions of pilgrims come each year to see the miraculous Black Madonna painting, Matka Boska Częstochowska, which is displayed in a shrine in a side chapel of the Jasna Góra Paulite Monastery. Legend holds that the Black Madonna was painted by Luke the Evangelist himself and travelled to Poland via Constantinople and Belz. Art historians say the painting was a Byzantine icon created around the sixth or ninth century (Wikipedia). Prince Władysław Opolczy, Duke of Opole, brought it to Jasna Góra in the 14th century.

In the winter of 1655, during the Second Northern War which the Poles call Potop szwedzki, the Swedish Deluge, the Swedes were attempting to conquer Jasna Góra. 70 monks, together with 180 volunteers from the Polish nobility, held off 4,000 Swedes for 40 days. They had moved the Black Madonna to a castle in Lubliniec and later to a monastery in Mochów. The victory that is said to have turned the course of the war, was ascribed to the protection of the Madonna which was proclaimed Queen of Poland in the Cathedral of Lwów (Source: Wikipedia).

On her right cheek, the Madonna has two scars. They are said to have been caused by Bohemian Hussites who stormed the monastery in 1430. The painting was put on a wagon, but the horses refused to move. The plunderers threw the portrait to the ground and one of them drew his sword upon the image and inflicted two strikes. When he tried to inflict a third strike, he died in agony.

The Black Madonna is unveiled to music and prayer twice a day. Pilgrims deposit petitions and thanksgivings which are read out at masses. 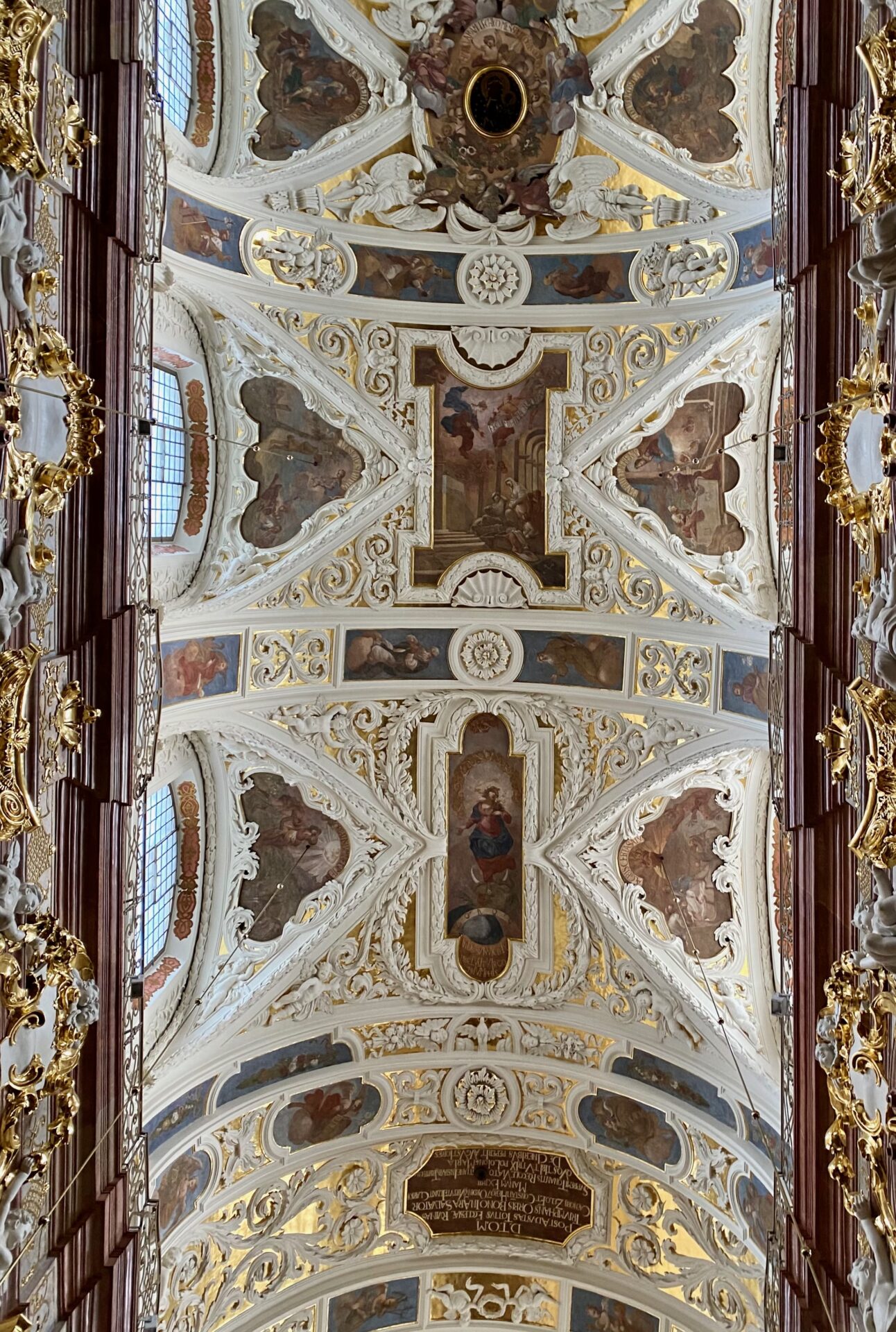 The monastery can be seen from far away, its church tower is the highest in Poland. A pedestrian avenue, several kilometres long, leads through the city up to the “bright mountain”. Some pilgrims slide up on their knees.

I walk up through a park. At a bend in the path, an elderly gentleman approaches me. “Having coffee to wake you up?” he asks. I bought a coffee-to-go. “Indeed,” I laugh. He is tall, soberly dressed and wearing a baseball cap. “You are not from here, are you? But your Polish is very good. Visiting the Madonna?” After a brief hesitation, he asks politely: “Would you give me five minutes of your time? My name is Marek. Do you mind if I smoke?” We sit down on a bench and start a conversation. “What do you do in life? Working for the EU? Unbelievable.” He takes a deep drag on his cigarette. I am waiting for the usual criticism. But he says something quite different. “Please don’t give in to the Polish government and its false promises. They are crooks who want to stay in power, they would do anything for that. They will lose the elections next year, but they will contest the result. They have their people everywhere, even in the Supreme Court.” We talk about the Rule of Law and he is surprisingly well informed.

When I ask him where he is heading, he looks away. “I am ashamed, Angela. I ask people for money, because I only have 50 zloty left this month.” I am flabbergasted. He doesn’t look like a homeless person, I never thought he would beg. I really thought he just wanted to talk to me. “Doesn’t the state help you?” I ask. “The state?” he laughs bitterly. “I have health problems, with my spine. But I don’t want to undergo an operation. It’s not that simple.” We are silent. “In the monastery, I asked two priests for help. The first one sent me off, he didn’t want to hear anything. The second listened but said he can’t help me, he is here with a group. Okay, I said, and went away. I am not a Catholic. Someone said you can look for God all your life, but if you don’t have love in your heart, you won’t find him. If you have love in your heart, you have already found him.” I reach into my purse and give him some money. “I told you this because you are not from here. Please be discreet.” Okay, I don’t take his picture. We say goodbye; he heads downtown, I walk up the hill towards the monastery.

After the visit to the monastery, the long walk on the alley back gives me an opportunity to think about many things. I walk for an hour through the town where people walk dogs and lick ice cream on this warm day. I cross two bridges and a rather run-down district near the river. At the outskirts, I hope to find the tallest Pope statue in the world, 13.8 metres high. 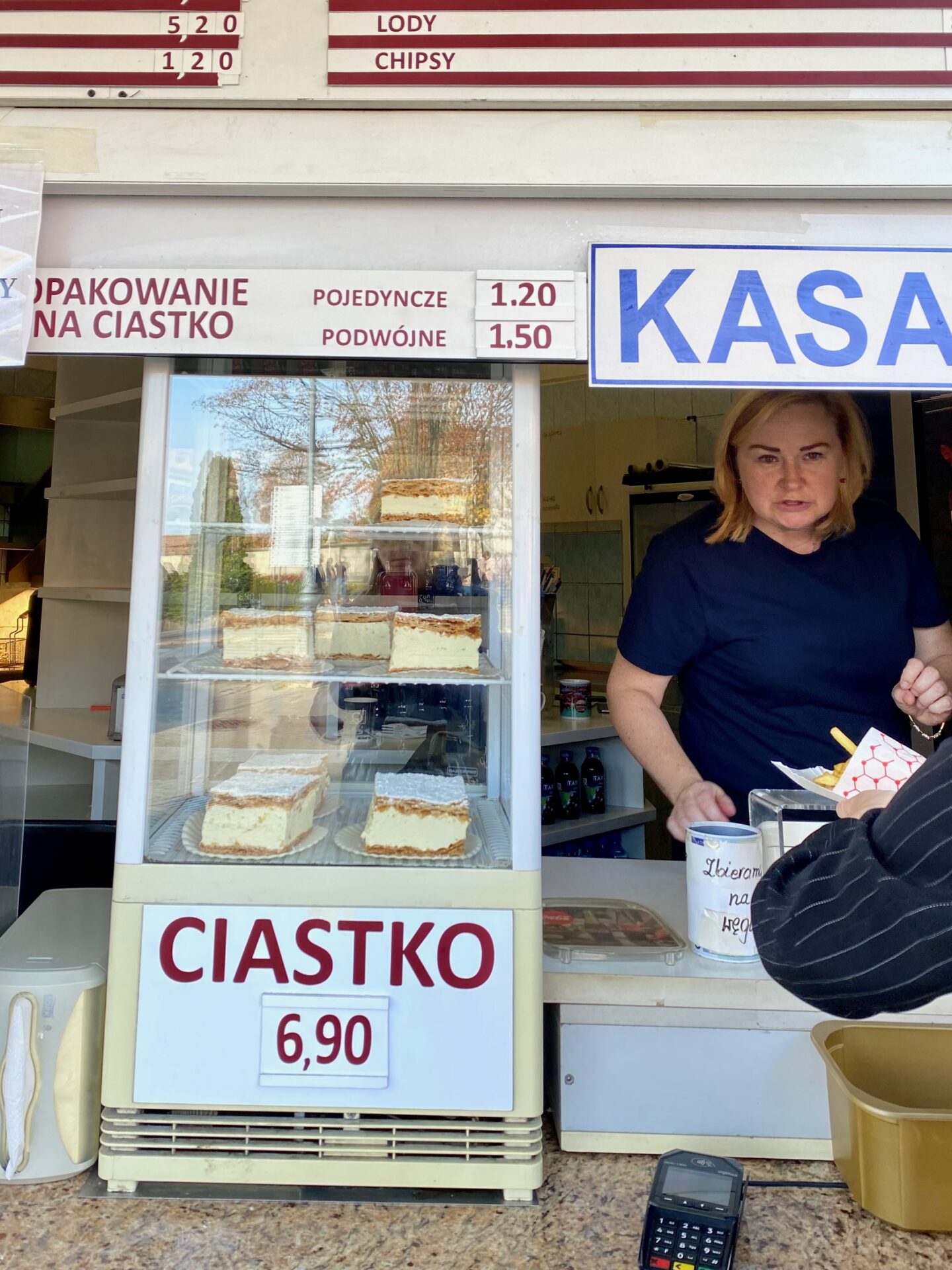 Not that there is a lack of pictures or statues of John Paul II in Poland, but this one seems to be special. Leszek Lyson, a Polish businessman, believed the pope had helped him rescue his son from drowning on a family holiday in Croatia in 2010. He decided to build a huge statue of the late pope. The company commissioned specialises in fiberglass statues of dinosaurs for theme parks. The statue was criticised by Częstochowa architects for lack of quality.

I can’t find the statue. It must be in a hidden place, otherwise I should have seen it. Apparently, it was placed on top of an old quarry, in the “Park of Sacred Miniatures”. The park was later closed, and the statue forgotten or taken away, it seems. I am not sure if John Paul II would have liked it.